Failure is inevitable, but is not the sum of the whole.

Last night, my cheerleaders took a whopping close-to-last-place “victory” in our third competition of the season. While we knew the performance might be bad, as we have two girls out for injuries, none of the changes we made are what caused us to do poorly. No, we came in 8th place out of nine squads because of mental mistakes. 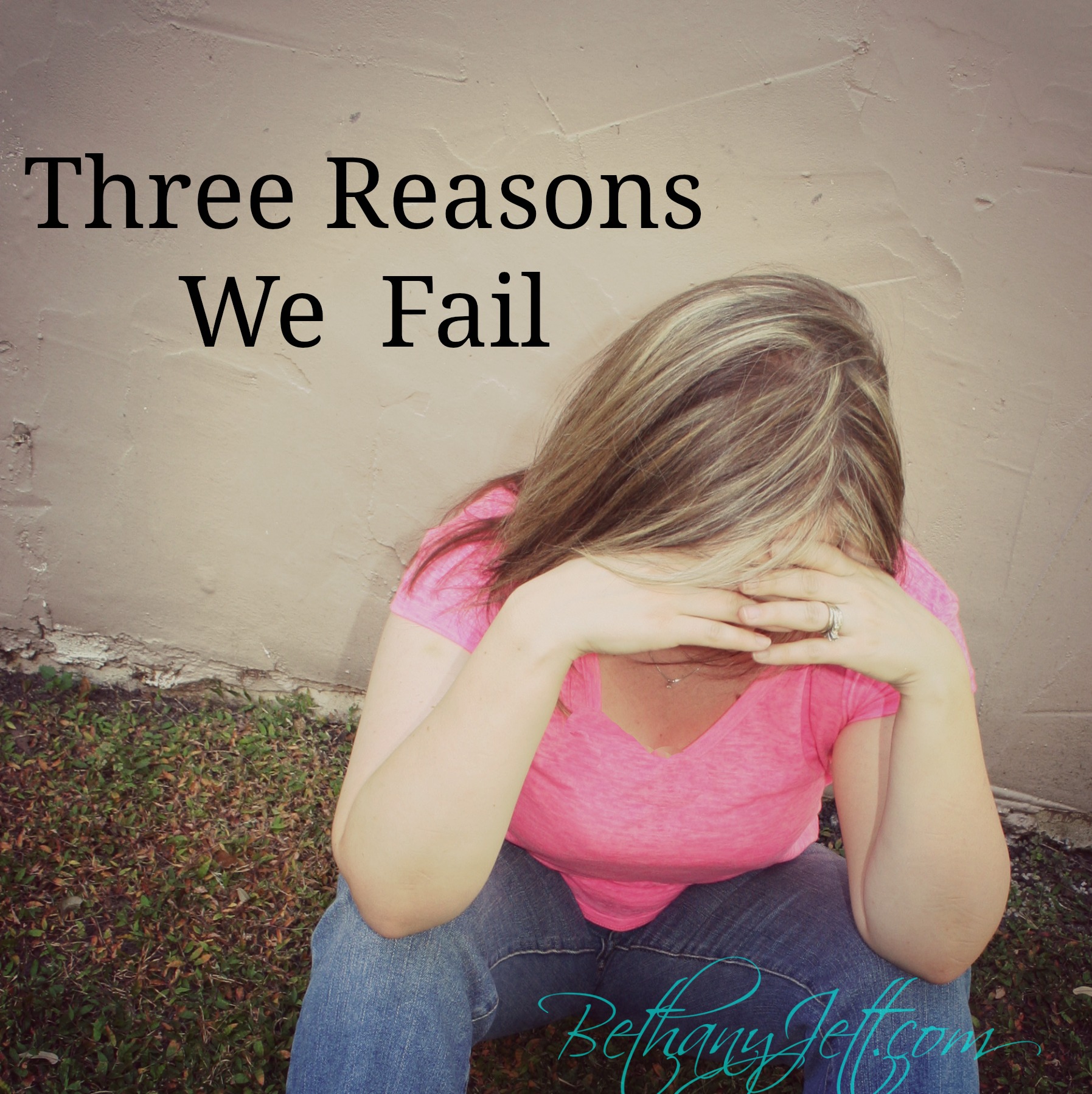 Failure is inevitable, but it is not the sum of the whole.

The people who attended last night’s competition thought we stunk. We did. But what 99% of the audience doesn’t know is that we don’t.

Two years ago, we were the State Champions.

Last year, we were First Runner-Up.

And we’re even better this year than where we were at the same time last year!

But you wouldn’t know that if you watched us for the first time last night.

[Tweet “Failure is inevitable, but it is not the sum of the whole. -Three Reasons We Fail”]

We were terrible last night because of three things, and these three things are what allow us to fail in life as well.

For us, we lost two cheerleaders to injuries, having to sub an alternate last minute and leave one spot open on the floor.

In life, bad things happen. The car breaks down. The bank account goes negative. A deadline gets missed. Family hurts you. Friends betray you. You burn your mouth severely sampling boiling chicken broth and can’t taste anything for three days. #truestory

Sometimes you gotta throw your hands in the air (unless you’re driving — don’t “Jesus Take the Wheel” on me) and cry out to God. It helps emotionally. Give yourself a few minutes to privately throw a temper tantrum, straighten your outfit, reapply your lipgloss, and wipe away any traces of fresh tears.

As one of our coaches says, “Suck it up, Buttercup.” And as I like to shorten it, “Buttercup it.” Take the pieces that life tried to wreck and make it work.

[Tweet “”Buttercup it.” – Advice for when life fails you. -Three Reasons We Fail”]

The team that won first place performed before we did. We coaches watched their routine with a critical eye, as coaches do, silently measuring their skill and difficulty levels against what we know our girls are capable of. Our girls did the same thing. Yet while we coaches appreciated the first team’s solid performance, the girls were intimidated.

Instead of realizing that they could do everything the first team did, they started comparing and finding themselves lacking.

And don’t we do it ourselves?

She’s prettier. She dresses better. She knows how to apply makeup better. She’s smarter. Funnier. OR we take the opposite approach……. She’ll do anything to get ahead. She’s a flirt…a manipulator…a whore. She’s nasty. I hate her.

Why can’t we appreciate the good job someone is doing and then see how can we match up or do it better? With the internet at our fingertips, you can learn practically anything online. Watch makeup and hair tutorials. Listen to leadership, speaking, business podcasts. Become better.

Because when we compare and find ourselves lacking and then leave ourselves in the bottom of that rut, this happens:

With two injured girls, we knew we probably weren’t going to “place” in the competition. We coaches were okay with that. It is what is.  Our head coach gave the pep talk of his life right before the girls took the mat.

Not one mistake happened as a result of losing our two injured girls.

A million errors happened because the girls focused on how good the first team was, and coupled with the fact that they were already a little beaten due to the injuries, their head wasn’t where it should have been.

Mental mistakes kept us from placing in the competition.

Mental mistakes keep us from achieving great things in life.

As our head coach quoted Charles Swindoll last night, “Life is 10% what happens to you and 90% what you make of it.” Attitude is key and when we wallow in the depths of despair, we don’t give God the opportunity to bless our efforts.

Failure is inevitable, but it is not the sum of the whole.

You are not defined by your failures. Learn from your mistakes, and better yet, learn from the mistakes of others. And when you fail, because you will, do the best with what you have left, don’t compare without learning in the process, and resolve to have a positive attitude in spite of the obstacles.

That’s turning the failure into a win.

[reminder]What’s your go-to when you need a pick-me-up after feeling like you’ve failed?[/reminder]