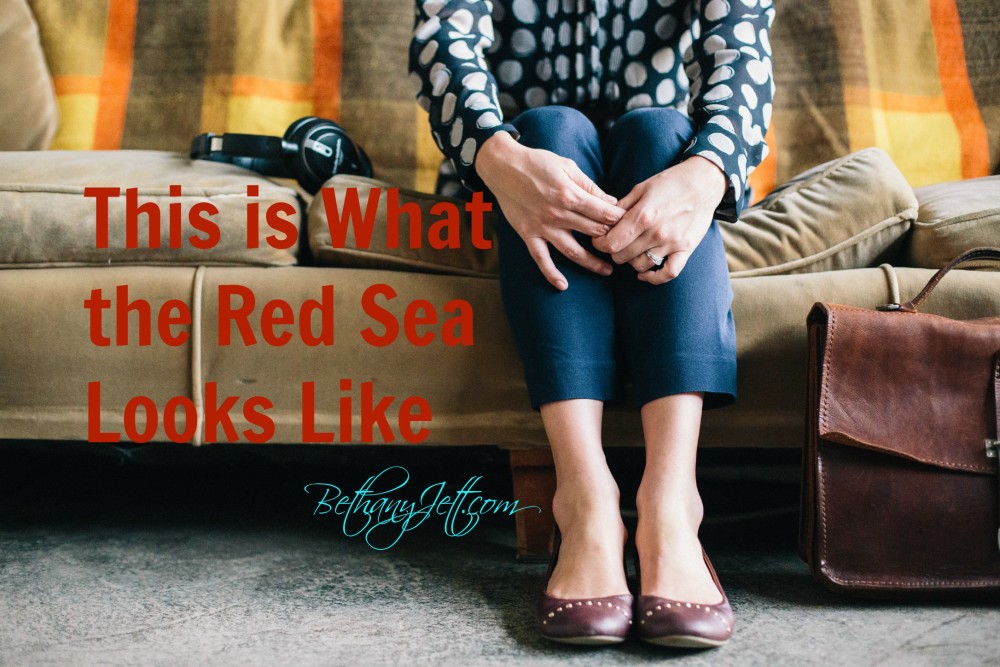 [guestpost]Writing this post goes against every “blogger rule” in the book. I don’t have a title to draw you in with Four Steps to _____, or How to ______. It’s not even the “right time” to schedule a post. But ever since I woke up this morning, I’ve felt on my heart to write this. I told God it wasn’t “right for my audience” whatever that means, but He’s not letting it go. I feel that “Holy Spirit pressure” in my heart and on my chest. If you’ve felt that before, you understand the weight. Whether it’s for someone else to be encouraged, just for me to feel released, or to bring God glory in whatever way He sees fit, here it is. [/guestpost]

Often times we’re encouraged by people’s stories of faith–how God did something amazing and miraculous and in His time. How He showed up in such a big way that it was undeniable that it was God who came through, that it was no work of ourselves.

We’re in that time right now.

I’ve wanted to wait until after the experience so I can point back and say, “Look!!! Look at what God did! I knew He would and He came through.”

But since last night, I felt God saying to share through it, not afterwards.

So here it is.

We left a life of security. It was hard and easy all at the same time. The difficult part was walking into the unknown. God gave us just enough hope of something better that we were able to walk on unsteady legs and toddle towards Him.

We honestly believed the Army’s Warrant Officer program was our destiny. Every indication said yes. Every prayer felt validated by circumstance and other believers.

When it didn’t happen, I thought about how God led the Israelites as a pillar of fire at night (mentioned in the previous post entitled “The Secret to Surviving the Suck”), leading them through the desert. If it hadn’t been for the hope, for God’s leading us out, we may never have left.

Not only would my husband continue to be stressed and belittled, but I was physically showing adverse reactions to the stress of his job, and the inexcusable criticisms they were placing on me.

I’m editing myself as I think what to write next. Not all thoughts are happy or kind……Pushing on.

The leaving wasn’t easy. It wasn’t blind faith. It was a series of nods and affirmations on our hearts that the time was coming, and we needed to be ready. So when the hammer dropped, we knew. And we obeyed.

We left our home, where our children took their first steps. The community where we built roots. The steady income. The people that we loved like family.

And now we’re here — creating another community in whatever time frame we’re here for.

Two nights ago, my husband invited some of his co-workers over for a cookout near the complex pool. Young guys, one brought his new bride, and other brought his fiancé. They joked and laughed, and I watched Justin as he naturally fell into the mentorship role, without trying or realizing it. He gave them advice, listened to their stories, and just loved them for who they were.

In the past few months, God has continued to be that pillar of fire. We’re still uncertain. The hiring process is slooooow…ridiculously slow.

But this is what the Red Sea looks like. We have three opportunities…three doors that are cracked open. But God hasn’t let us leave the hallway. He hasn’t parted the water yet.

As we get closer to the end of our savings, and as things seem more desperate, we have this overwhelming peace that God’s got something big in store. He has to. He didn’t lead us here to leave us.

We haven’t missed a bill payment. We still have a roof over of our heads, food on the table, gas in the cars, and friends who care deeper than we ever knew.

As Justin and I stand in front of our proverbial Red Sea, working as hard as we can, grabbing hold of every opportunity that God gives us, we know that the answer is coming. We’ll walk on dry land.

I’ll let you know when we do.